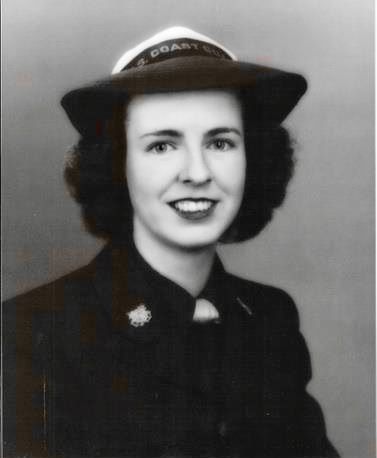 Alice Theresa Jefferson was born to Ernest W. and Alice T. (Curran) Jefferson in Somerville, MA. However, she was raised in Stoneham.

Jefferson graduated from Stoneham High School in 1940. She then attended Regis College before entering the Coast Guard. In 1943, during World War II, she became a member of SPARs and eventually she was promoted to Commander, the highest rank for a female officer at the time. On December 7, 1973, Jefferson became the first woman commissioned officer to be sworn into the regular U.S. Coast Guard.  Jefferson was sworn in by Admiral Chester Bender, Commandant, at a ceremony held at Coast Guard Headquarters.

Jefferson retired on November 1, 1984 and returned to her hometown of Stoneham and embarked on a new career at Lincoln Laboratory where she worked for twelve years.

Jefferson was a member and former Prefect of St. Patrick’s Ladies Sodality, active in the 60Plus Club of Stoneham, a member of the “Old Ironsides” Society and a volunteer for many years at New England Memorial Hospital.