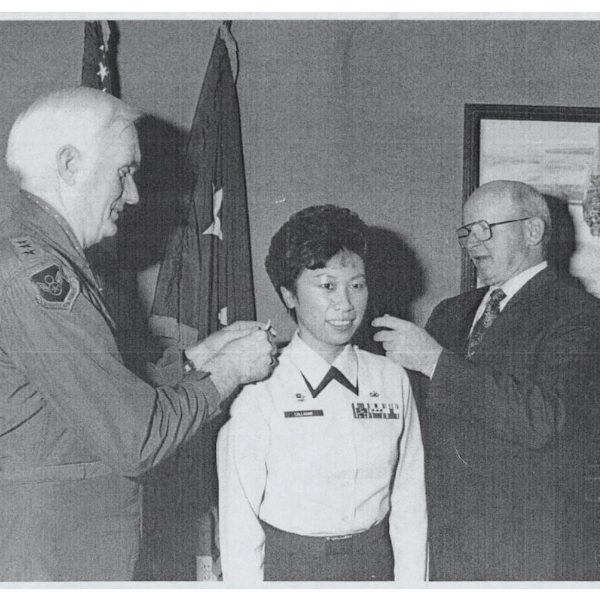 Amerophan “Ame” Callahan was 14 years old and living in Thailand when an Air Force Veteran adopted her. Six years later, in honor of her adoptive parents and her new country, she enlisted in the Air Force as an avionics instrument specialist, for C-130 aircraft. She was one of the first set of females in the maintenance department of her first active duty station in Tucson, Arizona.

A Desert Storm veteran – in 1991, she deployed to Bahrain to support the joint service Operation Rugged Nautilus.  As a first sergeant, she was responsible for the health, morale, and welfare of over 650 active duty personnel and their dependents.

Callahan’s career in the Air Force included her being stationed all over the world – including Tucson, Arizona; Bahrain; Iceland; Guam (Mariana Islands); Korea; Japan; England.

Amerophan Callahan retired from the Air Force after 24 years of service with the rank of chief master sergeant. She earned several awards, including a Meritorious Service Medal, Air Force Commendation Medal and Air Force Achievement Medal.