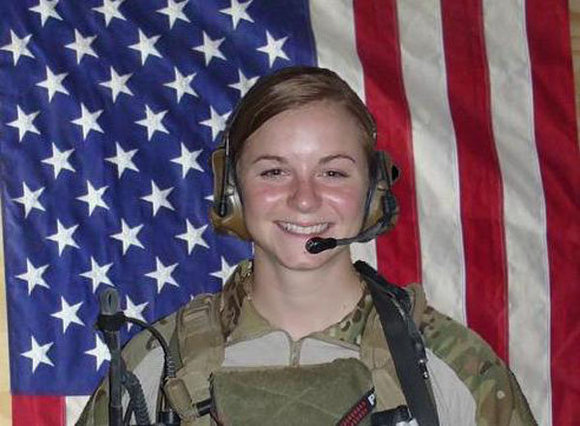 Ashley was assigned to the 230th Brigade Support Battalion, 30th Heavy Brigade Combat Team, North Carolina National Guard in Goldsboro, NC when she volunteered to be a member of a Cultural Support Team attached to a Joint Special Operations Task Force in Afghanistan. 1st. Lt. White was a part of the first group of women soldiers to be in combat for a Cultural Support Team (CST). CST’s were created in 2010 to assist in outreach with local Afghan citizens.

In October of 2011, she was unfortunately the first member of a CST to be killed in action during combat operations in Kandahar Province, Afghanistan when the assault force she was supporting triggered an IED. At the time of her death, females were banned from combat but could still be attached to Special Operations units as a CST member. White was 24 years old.