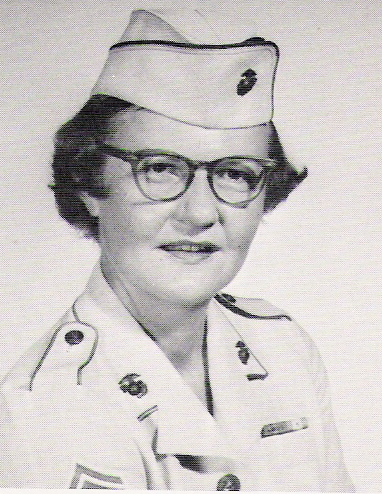 Dulinsky first enlisted in the Marine Corps in 1951. She became the Senior Drill Instructor for female Marines at Parris Island, South Carolina.

Dulinsky went on a 18 hour flight and arrived at Bien Hoa Air Force Base just 30 miles outside of Saigon. When Dulinsky first arrived, she was held overnight due to safety concerns on the unsecure roads. The next day when she arrived in Saigon, she was given a briefing on security concerns, recognizing boob traps, and checking cabs. When Dulinsky set foot in Vietnam on March 18, 1967, Dunlinsky became the first female Marine to serve in a combat zone. She requested to be sent to Vietnam. She served as an administrative chief at U.S. Military Assistance Command, Vietnam (MACV) Combat Operations Center in Saigon. Dulinsky’s choice to volunteer in Saigon opened doors for many women in the Marine Corps.

Dulinsky retired from the Marine Corps in 1974 and lived in San Francisco for a period of time until she moved to Kent, Washington. She lived there until she passed away of natural causes in 1995. She was 66.