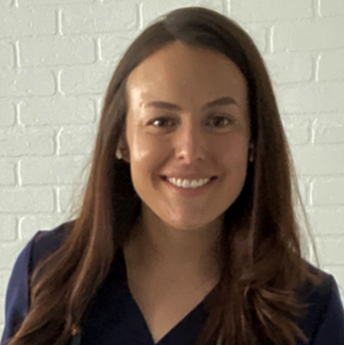 Rebecca Ortego was born in San Diego, California. She was raised by two Marine Corps Veterans, so it was no surprise when she turned 17 that she enlisted in the Marine Corps. Rebecca spent the next 8 years traveling the world to places such as Seoul, Korea; Okinawa, Japan; and Helmand Province, Afghanistan. During her time in uniform, she started a family and her journey in higher education. Rebecca attended California State University, San Marcos where she earned a Bachelor of Science, followed by George Washington University for a master’s degree in Public Health. She currently lives in the Washington, DC metro area for school and work. Rebecca successfully transitioned from the military in 2016 to Federal Employment. She enjoys taking her son to Brazilian Jiu-Jitsu and Cub Scouts and is earning her Private Pilot’s license.

Back To People
Earlier this month, the Women’s Health Clinic at