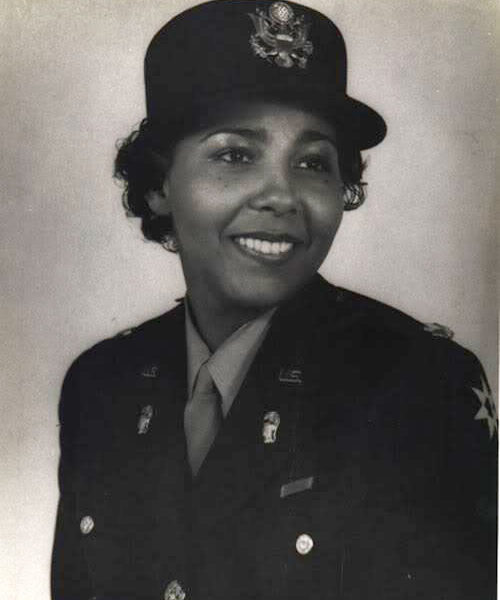 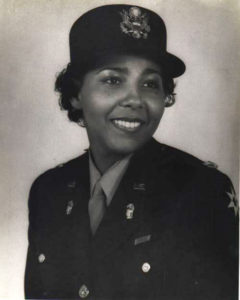 Charity Adams Earley (1918-2002) was a veteran of the Women’s Army Auxiliary Corps (WAAC). She retired with the rank of Lieutenant Colonel after 4 years but continued her service as a civilian at the Pentagon. Although the military still was racially segregated during Lt. Col. Adam’s service, she performed increasingly complex and unique duties while also working to break down prejudices. During her wartime rotations to England and France, Lt. Col Adams ensured that the millions of deployed US forces received their mail.

During a time of significant discrimination, Lt. Col. Adams’ unprecedented roles in the military and as an unofficial ambassador for equality were an inspiration to those around her. After her military service ended, her community service continued. Adams served on the Board of Governors for the American Red Cross, the Board of Trustees for a local college, and was on the Board of Directors for various Dayton, Ohio community organizations. She also devoted her time to organizations that promoted inclusivity and empowerment, including the Black Leadership Development Program, the United Negro College Fund, United Way, the Urban League, and the YWCA. For her contributions, Lt. Col. Adams has been recognized by the National Postal Museum, Ohio Women’s Hall of Fame, Ohio Veterans Hall of Fame, Smithsonian Institute, and South Carolina Black Hall of Fame.