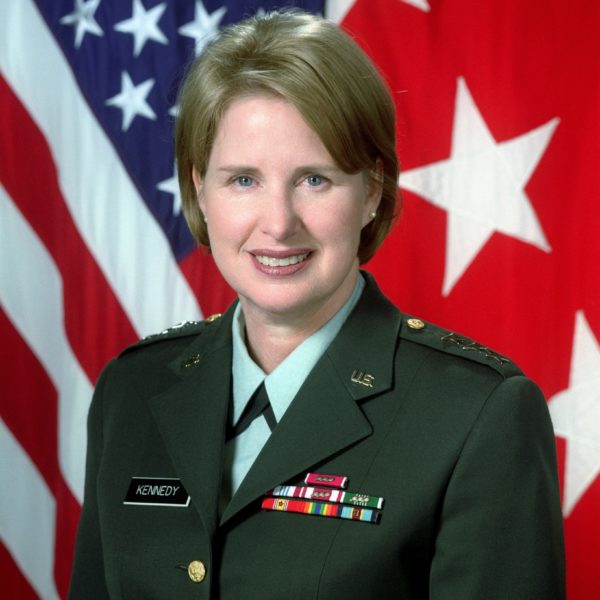 Claudia Jean Kennedy was born on July 14, 1947, in Frankfurt, during the American occupation of southern Germany after World War II. She attended Southwestern at Memphis (now Rhodes College), where she became a member of Kappa Delta Sorority and earned a Bachelor’s in Philosophy in 1969. Her military education includes completion of the Women’s Army Corps Officer Basic Course, Military Intelligence Officer Advanced Course, the Junior Officer Cryptologic Career Program at National Security Agency, the U.S. Army Command and General Staff College and the Army War College. She was commissioned a Second Lieutenant in the United States Army in June 1969.

After receiving her commission in 1969, Kennedy served two tours in Germany and one tour in South Korea and focused much of her military career in the fields of intelligence and cryptology.

Kennedy is a member of the Military Intelligence Hall of Fame.

General Kennedy also served as co-chair of the Platform Committee of the 2012 Democratic National Convention.