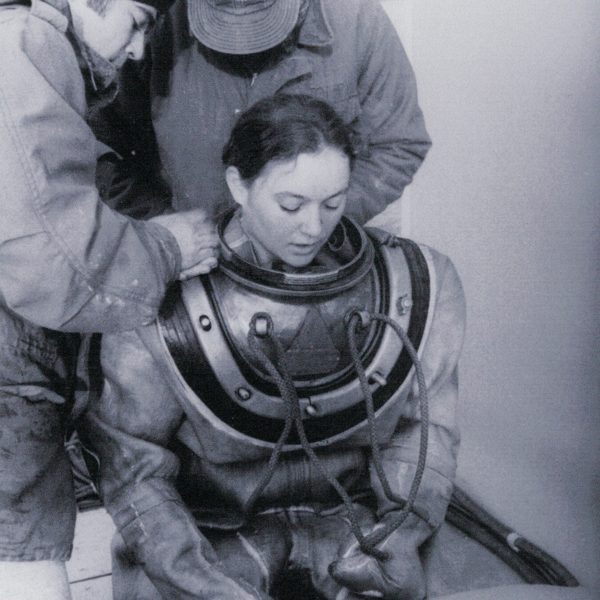 Donna Tobias, an ocean-loving southern California native, decided to join the Navy in 1974. When she expressed to her recruiter that she wanted to be a Navy Diver, she was simply told that females didn’t do that job. She went through with enlisting and became a hull technician, but then persisted in submitting her application to be accepted into Navy dive school.

She received acceptance to dive school, only two days before her class would begin. In 1975, there was much controversy about females in this historically male-dominated field and little faith that a woman would be able to handle the Mark V diving suit that weighed 200 pounds, with each boot weighing 17 pounds themselves.

Tobias became the first woman to graduate from the Navy Deep Sea Diving School. Despite this huge achievement, she was not granted sea duty orders due to being a woman- therefore her first duty was becoming an instructor at the Submarine Escape Training Tank at Submarine Naval Base in New London. She also worked in the hyperbaric chamber where she treated embolisms, carbon monoxide poisoning and gangrene. Tobias was involved in search and salvage operations in Long Island Sound and the Atlantic Ocean, and participated in the sinking of a World War II ship to construct an artificial reef in Chesapeake Bay.

Donna severed eight years and later went on to teach special education. In 2001, she was inducted into the Women Diver’s Hall of Fame and in 2018, the Naval Submarine Base New London honored Tobias by  naming their dive locker after her.

“There were a lot of eyes waiting to see me fail. But unbeknownst to them, that just fed my intention to finish the course. I didn’t want them asking less of women, ever, for anything,” Donna told The Day in 2001.