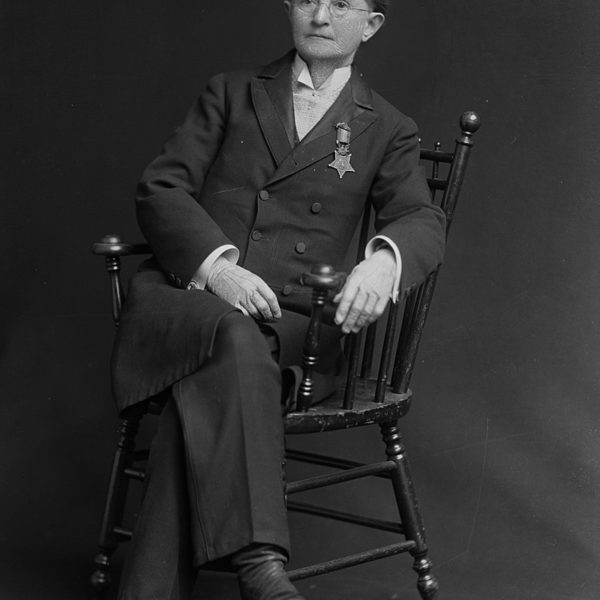 Mary Edwards Walker was born in 1832. She grew up in a progressive home that encouraged independent thinking and pursuit of education. From a young age Mary showed interest in the medical field. She worked as a teacher and earned enough money to pay for her education at Syracuse Medical College. In 1855, she was the only woman in her class and she graduated with honors as a medical doctor.

When the American Civil War began Mary tried to serve as a surgeon in the Union Army. However, because she was a woman she was only allowed to serve as a nurse, so Mary decided to volunteer as a surgeon in the Union Army as a civilian. She volunteered as a field surgeon near the front lines  She wrote to the War Department asking to become a spy, but was rejected. However her request to serve as a surgeon was approved and she was employed as a “Contract Acting Assistant Surgeon (civilian)” becoming the first female surgeon employed by the U.S. Army Surgeon.

Mary was the assistant surgeon of the 52nd Ohio Infantry crossing many battle lines to help the wounded. In April 1864, she was captured by Confederate troops as a spy after helping a Confederate doctor with an amputation surgery. Mary often wore men’s clothing because they were more comfortable and hygienic, even as a prisoner she refused to wear the women’s clothes they provided for her. She was release in August 1864 as part of a prisoner exchange.

After the war, Mary was awarded the Medal of Honor, for her efforts to treat the wounded during the Civil War. She is the first and only woman to have receive the medal. It was revoked in 1917 along with over 900 others and restored posthumously in 1977.

Mary became a writer, lecturer, and a supporter of women’s rights. She joined the suffrage movement testifying in from of the U.S. House of Representatives’ committees in 1912 and 1914.

She fought an illness for a long time, passing away at 86 years old in February 1919. Buried in New York during a plain funeral, her casket was draped with an American flag, and she was dressed in a black suit instead of a woman’s dress.