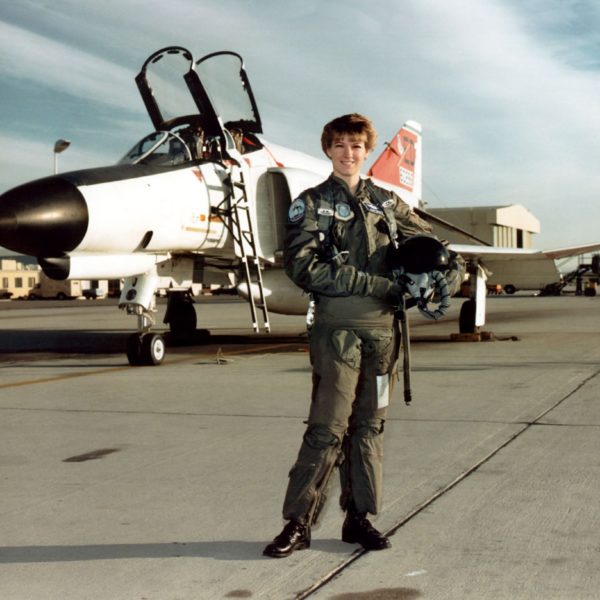 Eileen went to Air Force Pilot Training at Vance Air Force Base (AFB), Oklahoma where she became an instructor pilot for T-38 and C-141 aircraft. Later in her Air Force career, she found herself involved in the Invasion of Grenada in 1983 as an aircraft commander attached to a C-141. She graduated from the Air Force Institute of Technology in 1986, became an assistant professor in mathematics and a T-41 instructor pilot at the U.S. Air Force Academy, and finally, graduated from the Air Force Test Pilot School in 1990. At this point, she had earned the rank of Colonel and acquired over 5,000 flight hours in 30 different aircraft.