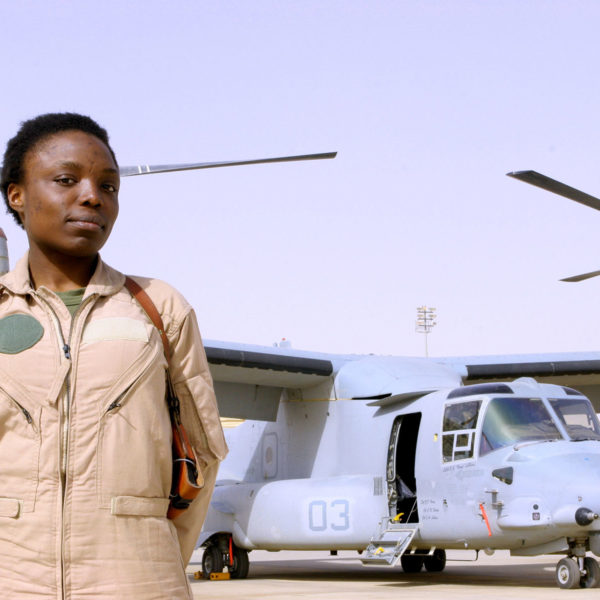 Elizabeth Okoreeh-Baah graduated from the Naval Academy in 2000. She was one of the first women to graduate with a Marine Corps aviation contract.

She went on to fly the CH-46E Sea Knight, completed a year-long combat deployment, and then transitioned to the MV-22 Osprey.

In 2006, she became the first woman to pilot the Osprey. She continued combat operations in the Osprey. The Osprey is the aircraft that kept crashing and there were massive doubts about its performance. Okoreeh-Baah flew it anyway.