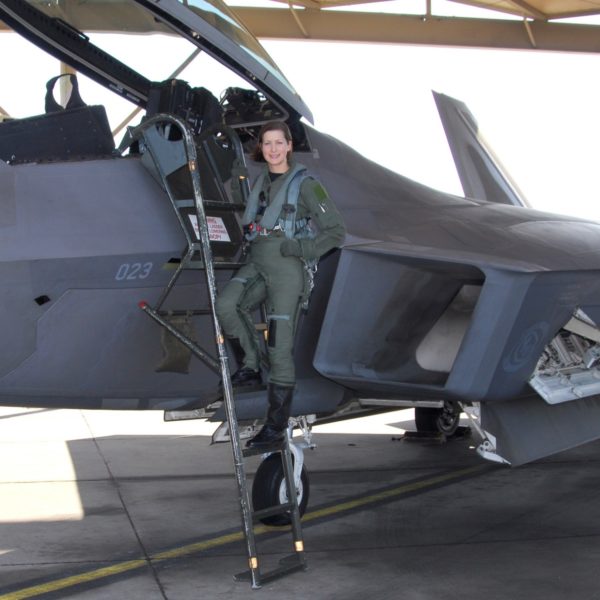 Jammie “Trix” Jamieson was born in Tacoma, Washington and lived in Prosser from 1982 until 1996 when she left for the Air Force Academy.

In 2000, Jamieson received her commission through the academy and in 2002 she received her Master’s degree in Public Policy in National Security and Political Economy from John F. Kennedy School of Government at Harvard University.

Jamieson completed the F-15C Basic Course at Tyndall AFB, flew the F-15C for three years in Alaska, served as a glider trainer, and completed the F-22A Transition Qualification Course in 2008. That same year, Jamieson took part in the F-22A Raptor static display featured at McChord Air Expo. She is the first operational female fighter pilot selected to fly the Lockheed Martin F-22 Raptor.

Jamieson was a supporter of eliminating excessive regulation on pregnant pilots. She believed the existence of the pregnancy restrictions serves as a deterrent to some would-be Air Force aviators. As a mother herself, Jamieson has voiced her own personal frustration from her own experience when she was pregnant. She became an instructor at the Air Force Academy in order to sideline her from flying the Cirrus SR-20. That didn’t prevent her from flying. She went on her own time to rent and fly the same plane.

She attended as a guest speaker in the air force TV Report that featured a story on American and Iraqi women celebrating Women’s Equality Day together on 11 September 2009.