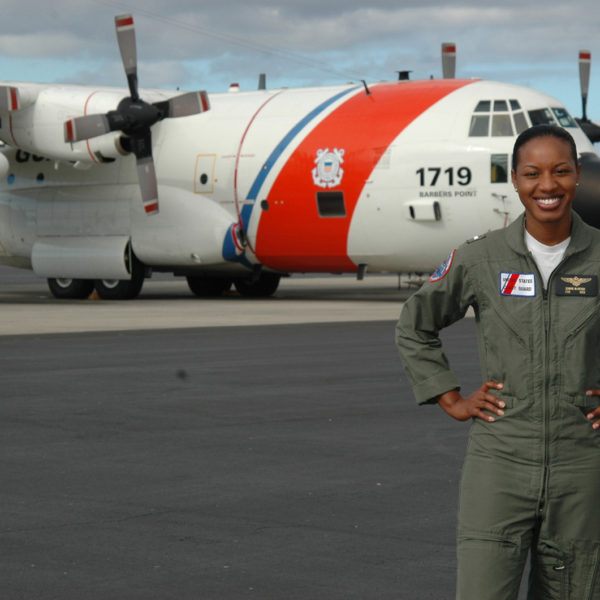 Jeanine McIntosh Menze was born in Kingston, Jamaica and attended Vaz Preparatory School. Her family moved to Canada before relocating to South Florida, where she graduated from Miami Killian High School in May 1997 and Florida International University in May 2001 with an International Business Degree. She also served as a flight instructor at Opa-locka Airport in Florida. After graduating from Florida International University, she decided to pursue her dream of flying, taking flying lessons at North Perry Airport in Pembroke Pines.

“Jeanine completely changed the perception of what a pilot was in my mind. So, I knew I could at least give it a shot.” – La’Shanda Holmes

As of 2017, McIntosh-Menze holds the rank of Lieutenant Commander.