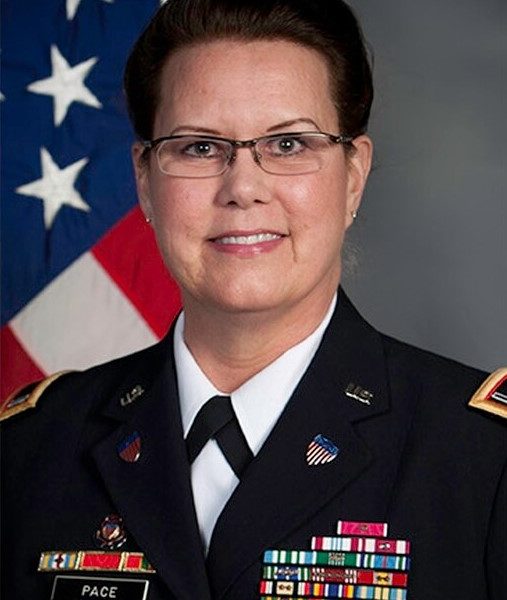 Chief Warrant Officer Jeanne Pace enlisted in the Women’s Army Corps in 1972 as a clarinet player. She was the longest-tenured female warrant officer and the last former member of the WAC on active duty, following her retirement in 2015.

The WAC ended in the 1970’s as gender integration became recognized as necessary. Pace commented on the way women were treated in the Army during her time in the WAC band in a documentary on the band, called “The Beat of a Different Drummer”. In the film she expressed, “That’s, I think, when it really, really started to hit me. What some of the women in the WAC Band went through: Not being able to go to school. Not being able to do the same training as the men, and how different it really, really was for them.”

In the first 13 years of her service, Pace was assigned to Fort McClellan, Ala., Fort Amador, Panama Canal Zone, Fort Lewis, Wash., and the United States Army Element, School of Music in Norfolk, Va. At the school of music, she taught drum majoring, band operations and band administration. She also became the first course manager for the Army Band Advanced Noncommissioned Officer Course.

In 1985, she went to Warrant Officer Candidate School as a sergeant first class and graduated as the distinguished honor graduate and appointed a chief warrant officer 2. She was then assigned to 1st Cavalry Division in Fort Hood, TX, becoming the first female commander of the 1st. Cav. Band from 1985-1990.

Since then, Pace had served in several duty stations and assisted in cleanup operations at Ground Zero after 9/11. In 2009, she returned to Fort Hood to join the III Corps G-1 as the USF-I, J1 executive officer while on deployment in support of Operation Iraqi Freedom and Operation New Dawn from 2010 to 2011. She retired in 2015 after an incredible 43 years of service.

“I once knew a Soldier who couldn’t understand the importance of the Army having bands,” said Pace. “But it was that moment when he stepped off of the plane from his deployment and the band was there playing; he not only got why we are important … he felt it.”