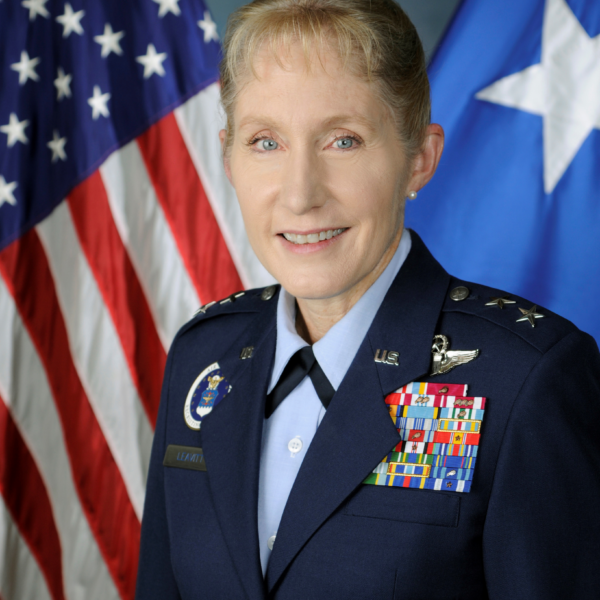 Maj. Gen. Leavitt entered the Air Force in 1992 after earning her bachelor’s degree in aerospace engineering from the University of Texas and her master’s degree in aeronautics and astronautics from Stanford University. She earned her commission as a distinguished graduate of the Air Force ROTC program. She is a graduate and former instructor of the U.S. Air Force Weapons School and is a command pilot with more than 3,000 hours.

In 1993, she became the U.S. Air Force’s first female fighter pilot and in 2012, was the first woman to command a USAF combat fighter wing when she was appointed Commander of the 4th Fighter Wing at Seymour Johnson Air Force Base in North Carolina.

Leavitt became the first woman to take control of the 57th Wing Commander, Nellis Air Force Base, Nevada. The 57th Wing is Air Force’s most diverse flying wing comprised of 37 squadrons at 13 installations with a variety of more than 130 aircraft.

Leavitt has operational experiences in Afghanistan and Iraq, including in Operation Southern Watch, Northern Watch, Iraqi Freedom, and Enduring Freedom. She has also earned a total of four master’s degrees and had assisted the production team of the 2019 film “Captain Marvel,” in accurately representing a female military pilot.