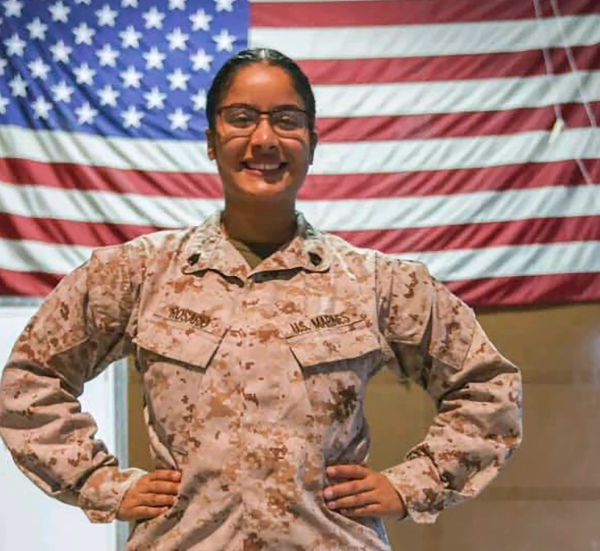 After her graduation, in 2014, Lawrence, MA native, Sergeant Johanny Rosario Pichardo enlisted in the Marines and served with the Naval Amphibious Force, Task Force 51/5th Marine Expeditionary Brigade Pichardo was assigned to assist in the Afghanistan evacuation efforts.
Immediately upon arriving in Kabul, Sgt. Rosario-Pichardo volunteered to work a security assignment that only women could do in Afghanistan – screen the women and children attempting to flee the country. Pichardo lost her life assisting two Afghan women who were being trampled by the pack of people outside the airport gates, when a suicide bomber detonated his explosive belt.
Sgt. Rosario Pichardo, 25, was killed, along with 12 other American service members, and 169 Afghan civilians in the initial blast and the gunfire that followed. Pichardo’s commanding officer, Capt. Pascal DeMeo, remembers Pichardo’s final words before she attempted to help the women on the ground- “They need me, sir.”
It is estimated that her actions in addition to the actions of the other servicewomen working screening in the evacuation saved over 124,000 lives in America’s largest airlift operation ever.
Back To Blog
"Approximately 300 young women and men will arrive