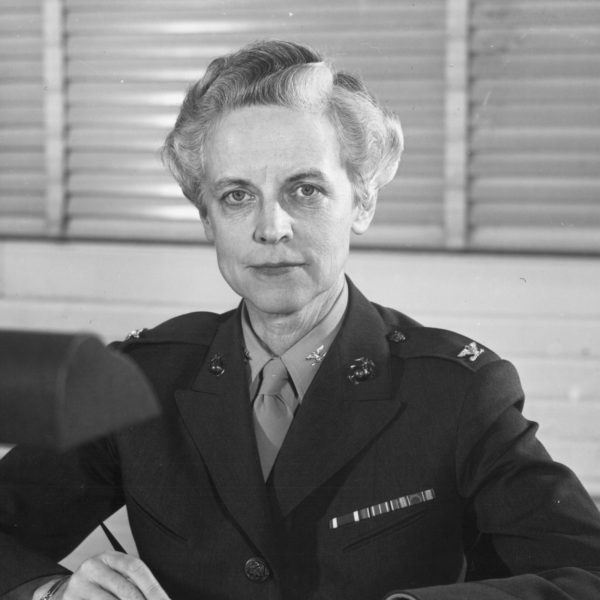 Katherine Amelia Towle was born in California on April 30, 1898 in Towle, California named after her ancestors who settled there in the 1850s. Katherine pursued much of her higher education at UC Berkeley where she earned her B.A. and M.A. in political science. After receiving her degrees, Katherine worked and obtain a leave of absence when the Marine Corps came around.

On June 12, 1948, the Women’s Armed Forces Integration Act was passed and the Women’s Reserve was integrated as permanent regular members of the armed forces. With the passage of this act, Katherine was asked to return to the Marine Corps as the Director of Women Marines. She served as the Director until her mandatory retirement in 1953.

She returned to UC Berkeley as Dean of Women from 1953-1960 and joined many other clubs and organizations like the American Association of University Women, the Women’s Faculty Club, the National Association of Deans of Women, and etc.