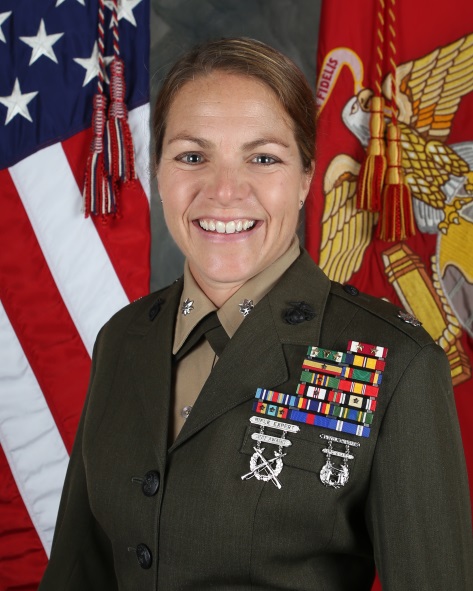 Lt. Col. Edwards was commissioned as a 2nd Lt. on Aug. 14, 1998 and finished as a honor graduate at the Combat Engineer Officer’s Course.

In 2003, during the invasion of Iraq, she led a convoy of more than 150 combat engineer Marines in her company while under attack. She was then awarded a Navy and Marine Corps Commendation Medal with a Combat ‘V’ for her admirable actions as a forward arming and refueling point team commander.

“My charge now is to serve as a positive example of leadership and professionalism to men and women alike,” said Edwards. “I’m extraordinarily proud to take command of 8th ESB today, and I hope that all Marines and sailors in this battalion recognize that if they work hard and look out for each other they can accomplish whatever they set their minds to.” –Lt.Col Lauren Edwards