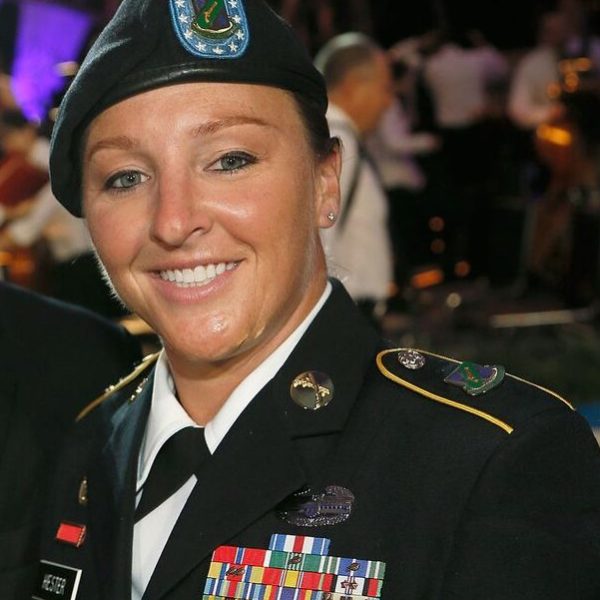 Sfc. Hester is one of the few women to be awarded for valor in close-quarters combat.

Leigh Ann Hester was a sergeant with the National Guard’s Kentucky-based 617th Military Police Company when she was deployed to Iraq, and in 2005, she was scanning and clearing a route for a supply convoy near Baghdad when her squad was ambushed by enemy fire.

She was trained for this, as it was a risk that came with her daily job in Iraq. Thus, when they became under attack, she knew exactly what to do. She directed her team away from the enemy’s intense fire and into a flanking position that exposed multiple irrigation ditches and an orchard that the enemies were using to stage the attack.

She was initially directing fire, then began fighting on foot. Sgt. Hester displayed incredible bravery as she had walked directly into the line of fire to kill at least three enemy combatants at close range, resulting in numerous convoy members lives saved. With thirty-three insurgents killed or wounded and one captured, every member of her unit survived.

Her heroic actions led her to become the first woman since World War II to earn the Silver Star Medal and the very first to ever earn it for combat valor.

Sgt. Hester separated from the National Guard and became a police officer after she returned to the United States; a job she had wanted since childhood. But she enjoyed being a soldier so much so, that she rejoined the National Guard shortly after.

In 2014, she spent 18 months in Afghanistan, where she was promoted to sergeant first class. And in 2017, she was sent to the Virgin Islands as part of the international humanitarian effort in the wake of Hurricane Maria.