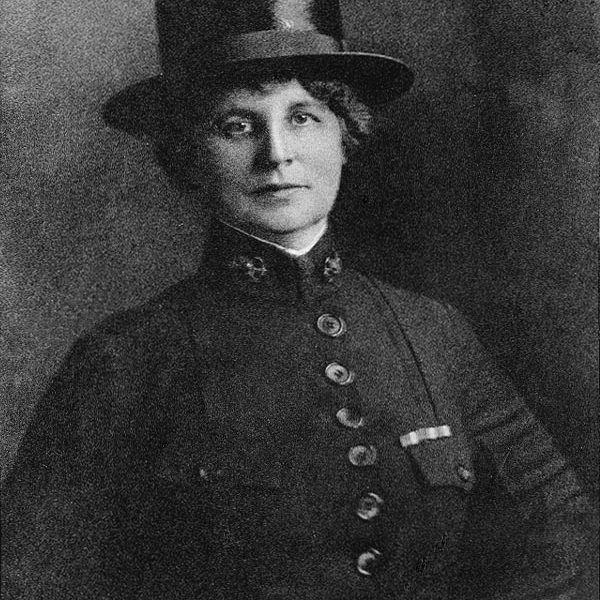 Lenah Higbee was a Canada native, born in 1874. She came to America in 1899 to complete her formal nurse training at the New York Postgraduate Hospital. That same year, she married her husband, John Henley Higbee– a retired U.S. Marine Corps Lieutenant Colonel. Lenah worked in private practice healthcare until her husband had passed away in 1908. She then decided to further her career by attending a post graduate course at Fordham Hospital, New York City.

In 1908 congress had passed legislation for the Navy Nurse Corps and required the applicants to be unmarried and 22 to 44 years of age. Therefore, Lenah, a 36-year-old widow, decided to join. Twenty females made up the first group of Navy Nurses– later known as the “Sacred Twenty”.

Just one year later, Higbee was the Chief Nurse at Norfolk Naval Hospital, and in 1911, became the second Superintendent of the Corps– a role she held for eleven years. She was never given a rank and was paid far less than her male colleagues.

Not only did Higbee grow the Nurse Corps from 160 to over 1,300 nurses, she also served on several healthcare committees, preparing the Red Cross for the impacts of WWI. She then led the Nurse Corps through the war and survived the Spanish Flu epidemic. For her accomplishments, she was awarded the Navy Cross in 1920.

Higbee retired from the Navy in 1922 after fourteen years of service. She essentially shaped the Navy Nurse Corps and had left a significant influence on the Navy. She also became the first woman to have a U.S. Navy warship named after her.