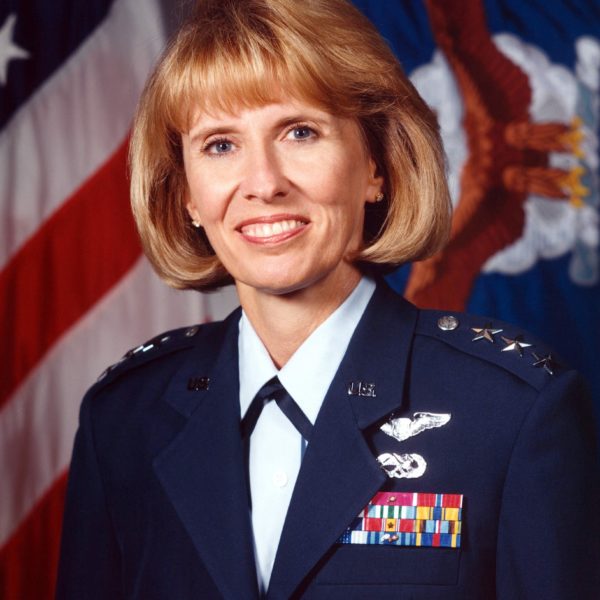 Leslie F. Keene graduated from Auburn University in 1970 with a degree in Aerospace Engineering and had participated in Auburn’s ROTC program, and in 1971, she entered the Air Force. She served as a flight line maintenance officer in operations and attended the U.S. Air Force Test Pilot School in 1974. In 1979, she would attain a Master’s in Procurement Management from Webster University.

Kenne has served first as a division chief, and during a second tour, as a deputy director in the Office of the Assistant Secretary of the Air Force for Acquisition. She has directed three major programs—the Low Altitude Navigation and Targeting Infrared System for Night, the F-16 and the F-35.

Kenne was Deputy Chief of Staff for Warfighting Integration, Headquarters United States Air Force, Washington, D.C. She was responsible to the United States Secretary of the Air Force and the Chief of staff for forming and executing policy and strategy to integrate command, control, communications, computers, intelligence, surveillance and reconnaissance capabilities to enable more effective employment of air and space power in support of national objectives.

In February 2008, she joined SRI International’s board of directors.

In 2009, she was inducted into the State of Alabama Engineering Hall of Fame.