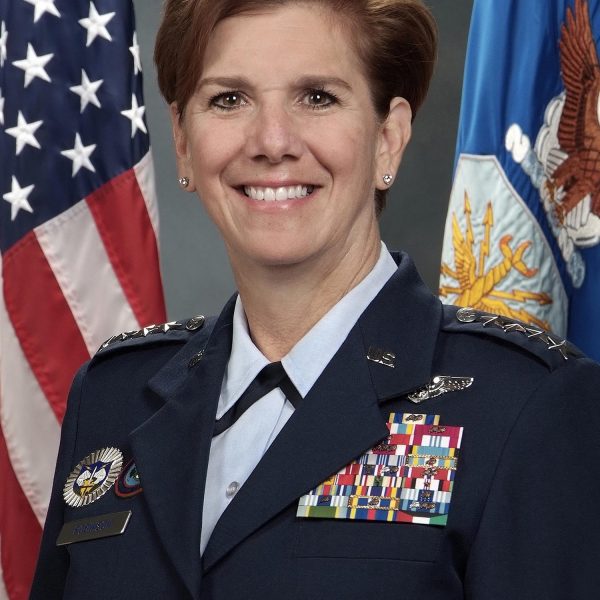 Lori Robinson became the first female to lead a unified combatant command when she was assigned Commander of United States Northern Command and North American Aerospace Defense Command (USNORTHCOM) in 2016. This also made her the highest-ranking woman in U.S. military history.

USNORTHCOM partners to connect homeland defense, civil support and security cooperation to defend and secure the United States and its interests. NORAD conducts aerospace warning, aerospace control and maritime warning in the defense of North America.

General Robinson entered the Air Force in 1982 through the ROTC program at the University of New Hampshire. Since then, she’s held a plethora of significant roles in the United States military, including Commander of the Pacific Air Forces and Air Component Commander for U.S. Pacific Command, Joint Base Pearl Harbor.

General Robinson had commanded an operations group, a training wing, an air control wing and deployed as Vice Commander of the 405th Air Expeditionary Wing, leading more than 2,000 Airmen flying the B-1 Lancer, KC-135 Stratotanker and E-3 Sentry aircraft in operations ENDURING and IRAQI FREEDOM.

General Robins retired in 2018, after 37 years of service.