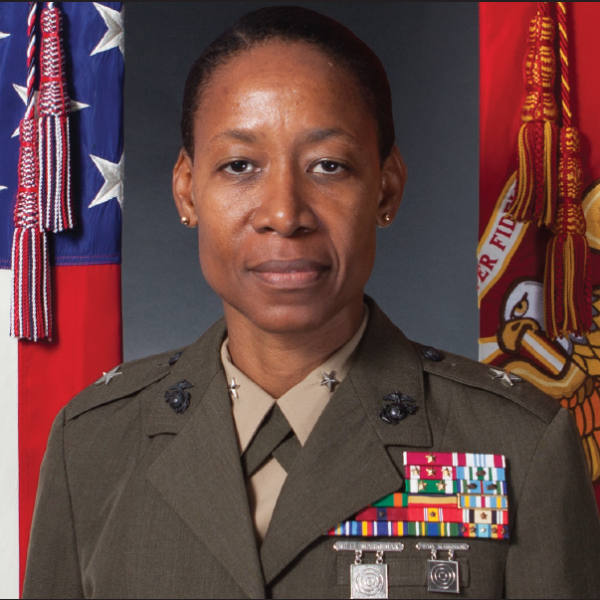 Lorna M. Mahlock was born in Kingston, Jamaica and immigrated to Brooklyn, New York where she enlisted in the U.S. Marine Corps. She was selected for the Marine Corps Enlisted Commissioning Education Program, graduating from Marquette University and was commissioned in December 1991.

In 2018, Mahlock was nominated as Brigadier General and was confirmed in 2019.

She has a Master’s degree in Adult and Higher Education from the University of Oklahoma at Norman, a Masters in National Security and Strategic Studies with distinction from the Naval War College, a Masters in Strategic Studies from the United States Army War College, and a Masters Certificate in Information Operations from the Naval Postgraduate School. She also is a graduate of the United Kingdom Defense College Higher Command and Staff.