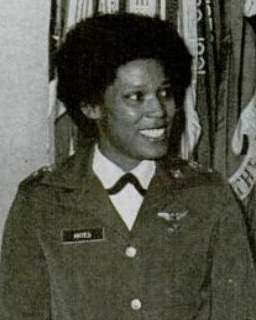 Marcella Hayes was an ROTC cadet at the University of Wisconsin when she began to have an interest in flying. She was commissioned into the Army in 1978.

After receiving her wings, she was assigned to the 394th Transportation Battalion in Germany where she became the first African American soldier and the first woman leader at that unit. She went on to serve a total of 22 years before retiring from the Army as a Lieutenant Colonel in 2000.