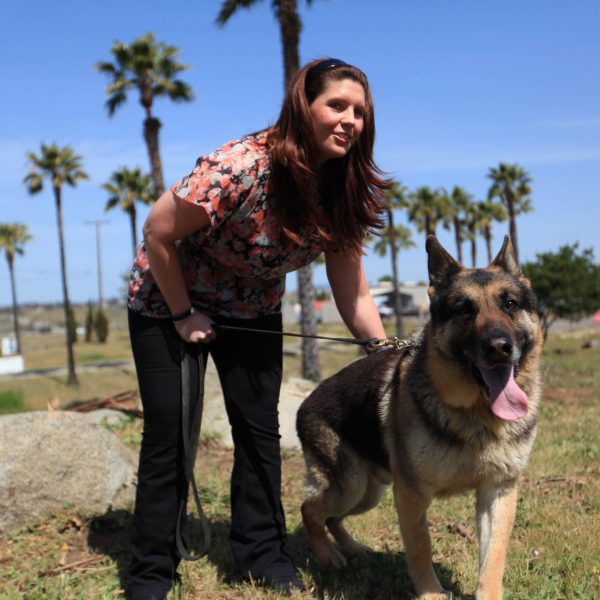 Megan Leavey enlisted in the Marines in 2003 and was stationed at Camp Pendleton, California, where she was paired with military working dog Rex (E168), a german shepherd. The pair were deployed twice to Iraq together. They were first deployed to Fallujah in 2005 and the second to Ramadi in 2006. During those deployments they completed over 100 missions together, until 2006 when they were both wounded by an improvised explosive device. Leavey was awarded the Purple Heart and the Navy and Marine Corps Achievement Medal with a “V” device for heroism in combat.

After the bomb blast, Leavey tried to adopt Rex, but was turned down because he was seen as too aggressive and they worried he would harm others. However, when Rex developed facial palsy, ending his bomb-sniffing duties, Leavey petitioned the Marine Corps for his adoption gaining almost 22,000 signatures. They were reunited in April 2012 through the intervention of Senator Chuck Schumer. Rex lived out the rest of his days with Leavey until his passing on December 2012. Leavey continued working with animals like bomb detection dogs and eventually became a veterinary technician.