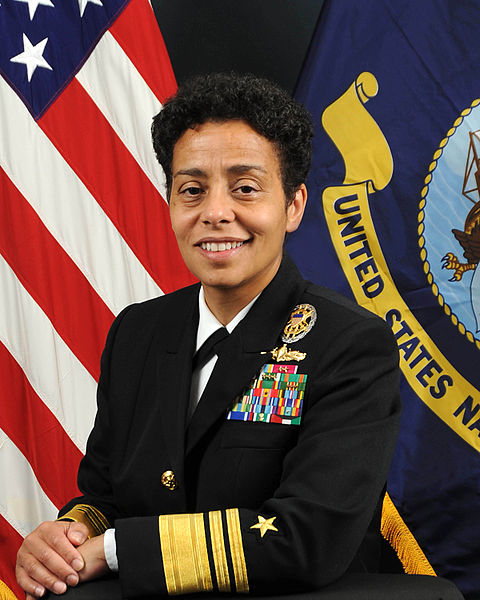 When Michelle Howard was accepted into the U.S. Naval Academy in 1978, she was one of only seven African-American women in the school’s class of 1,363 students. This was just the start of her influence in the service, as Admiral Michelle Howard holds many “firsts” in U.S. Naval History.

Admiral Howard took command of USS Rushmore (LSD 47) in 1999, making her the first African American woman to command a ship in the U.S. Navy.

The first African American woman to lead a U.S. Navy battle group. In 2009 she took command of Expeditionary Strike Group Two, performing antipiracy operations in the Indian Ocean. After only three days under her command, Richard Phillips, captain of the ship MV Maersk Alabama, was rescued after being held hostage (April 8–12, 2009) by Somali pirates.

Admiral Howard had already accomplished being the first African-American woman in the U.S. military to earn three stars, but on July 1, 2014, she also became the first ever woman promoted to the rank of four-star admiral in the U.S. Navy. That same day she was also appointed the 38th vice-chief of naval operations (VCNO), making her the second highest-ranking officer in the U.S. Navy and of course, the first woman in such an honorable position.

In 2016 she served as the commander of naval forces in Europe and Africa and in 2017 she retired from the Navy after 35 years of service.