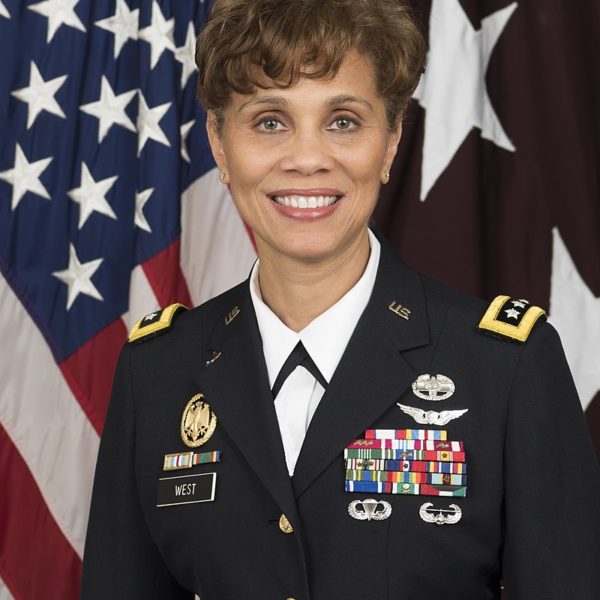 Nadja Yudith West grew up in a family with two other adopted sibling. In 1982, she graduated from the U.S. Military Academy at West Point with a Bachelors in Engineering and later in 1988, she received her Doctorate of Medicine from George Washington University School of Medicine.

In 2013, West became the second black female major general. On December 11, 2015, West was promoted to lieutenant general by the Senate and she became the 44th Army Surgeon General. This made West the Army’s first black Surgeon General, the Army’s first black woman to hold the rank of lieutenant general and the Army’s highest ranking woman who graduated from the United States Military Academy. Her next promotion was only a few months later on February 9, 2016 when she was promoted and formally assumed command of MEDCOM on February 10, 2016.

West completed her Family Medicine internship and residency at Martin Army Hospital. She deployed during Operation Desert Storm and Operation Desert Shield while assigned there. West finished her residency in dermatology at Fitzsimons Army Medical Center and University of Colorado Medical Center. She was Chief, Dermatology Service at Heidelberg Army Hospital in Germany. West obtained a Master of Science in National Security Strategy.

During one of her promotions, West said, “I never really thought about that part. My parents taught me to work hard and be the best I can be and things will work out. I’m just really honored. If anything at all, I hope I can be an inspiration to any one or any group that has not seen themselves in certain positions. We all want to see people who look like us doing certain things to give us inspiration. Hopefully, I can inspire someone to be able to say, ‘I can do that.’”