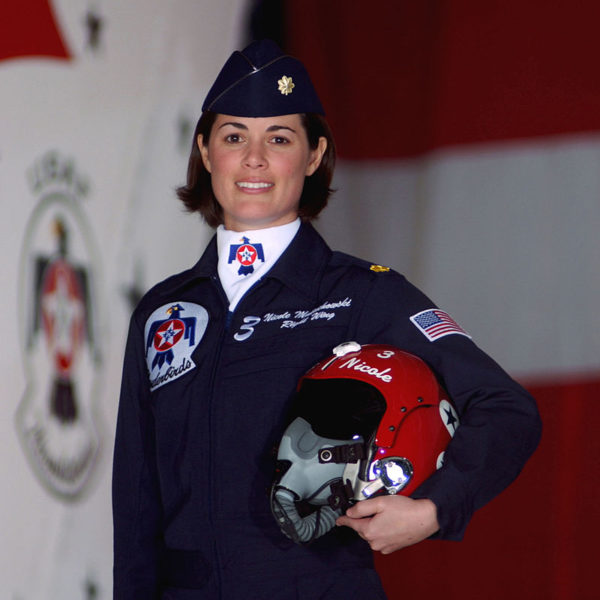 Nicole Malachowski, a California native, received a bachelor’s degree in management with a French minor from the United States Air Force Academy. She reportedly had dreams of flying military jets since she was five years old. In fact, before she even graduated high school, she has already begun working towards her pilot’s license. She was commissioned in 1996, then graduated undergraduate pilot training at Columbus Air Force Base. She went on to pilot F-15E Strike Eagles.

In 2006, Malachowski became the first woman to fly with the U.S. Air Force Demonstration Squadron, also known as the Thunderbirds.

She later became the Commander of the 333rd Fighter Squadron, where she trained more than 200 students to fly the F-15E fighter jet. She then served as the Deputy Director for US Air Force Readiness and Training for the Office of the Under Secretary of Defense for Personnel and Readiness.

From 2015 to 2016, she served as the executive director of the White House “Joining Forces”. Shortly after, upon reaching 21 years of service as a career fighter pilot, Maj. Malachowski was medically retired.