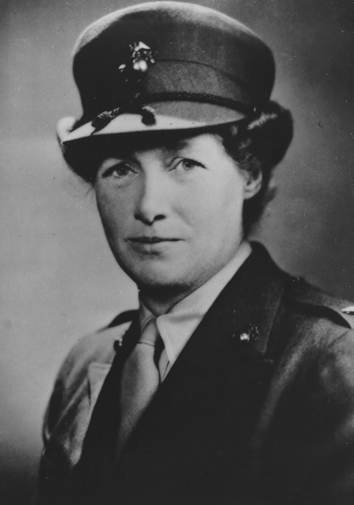 She graduated from Bryn Mawr College in 1918.

During World War II, Ruth tried to join the war effort as a ferry pilot even going as far as earning her commercial pilot’s license in the hope of joining WAVES (Women Accepted for Volunteer Emergency Service) or WASPS (Women Airforce Service Pilots), however she reject several times because of her age, however this did not deter her from trying to serve. She turned her sights toward the U.S. Marine Corps where she prospered.  Ruth became the first director of the United States Marine Corps Women’s Reserve (USMCWR). Later she became the first woman in the U.S. Marine Corps to attain the rank of major.

In 1946, Ruth was awarded the Legion of Merit for her work with initiating the Women’s Reserve in the U.S. Marine Corps. She was able to organize, integrate, train, and assign tasks to this newly established branch. She was also awarded the American Campaign Medal and the World War II Victory Medal.