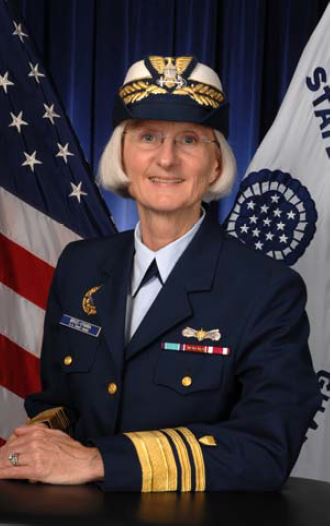 At the time of her selection to flag rank, Vice Admiral Brice-O’Hara was the Commanding Officer of the Coast Guard’s only recruit training program, Training Center Cape May. Previous operational duties include Deputy Commander of Activities Baltimore and Alternate Captain of the Port; Commander of Group Baltimore; Commanding Officer of Station Cape May, New Jersey; and Executive Officer of Station New London, Connecticut. Other positions of significance include strategic planning for the Commandant; Planning Officer at Support Center Kodiak, Alaska; an officer assignment detailer; and Assistant Director of Admissions at the U.S. Coast Guard Academy.

A native of Annapolis, Maryland, she graduated from Goucher College in 1974 with a Bachelor of Arts Degree in Sociology. She received her Coast Guard commission from Officer Candidate School the following year. She holds a Master of Arts Degree in Public Administration from Harvard University, John F. Kennedy School of Government, where she was named a Littauer Fellow, and a Master of Science Degree in National Security Strategy from the National War College.