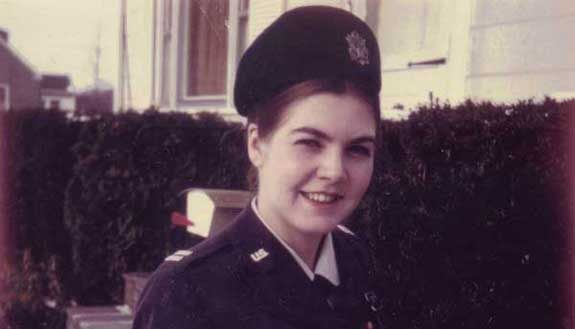 In the early 1970’s, Sharron Frontiero was a lieutenant serving as a physical therapist, stationed on Maxwell Air Force Base. She had gotten married and applied to receive dependent’s allowance for her civilian husband, however, her request was denied. She filed a formal complaint only to receive the answer that policy denied female servicemembers the spousal benefits – which were regularly offered to male servicemembers.

Federal law at the time indicated that wives of military members automatically became dependents, whereas husbands of female military members were not accepted as dependents unless they were dependent on their wives for over one-half of their support. Married male servicemembers were entitled to an increased housing allowance after marriage, as well as dental and medical benefits for their wives. Although Sharron earned more than her husband’s monthly veteran’s stipend, he did not receive more than half his support from her; therefore, she was denied the additional benefits.

Frontiero sued in federal court under the statute that this regulation “deprived servicewomen of due process” and violated the equality guarantee of the Due Process Clause of the Fifth Amendment. She argued that the same benefits available to married men in the “uniformed services” should extend to married women, without a showing of actual dependency. Normally, a federal case goes through three levels of review: the district court, the court of appeals, and the Supreme Court. But because this case posed a constitutional dispute to a federal statute, it came before a three-judge district court whose decision could be appealed directly to the Supreme Court.

The district court was not convinced that the difference in treatment amounted to sex discrimination because when it came to child dependency, both women and men were entitled to an automatic presumption of dependency, and if applying for adult children or parent dependency, both sexes were required to prove dependency. However, it was still true that men were given an advantage over women in obtaining benefits for spouses.

In 1973, the United States Supreme Court ruled in an 8-1 decision that the regulation was discriminatory. The case became the first successful sex discrimination lawsuit against the federal government. Justice William Brennan argued that the differential treatment of men and women in the armed services simply for “administrative convenience” amounted to discrimination against female members and did not pass constitutional muster.

In this landmarks case, Lt. Frontiero fought for increased measures of equality among servicewomen and succeeded in that for women of all branches since then. Not only did she make an impact on spousal benefits for women, she had also set a precedent for change in further discriminatory policies.