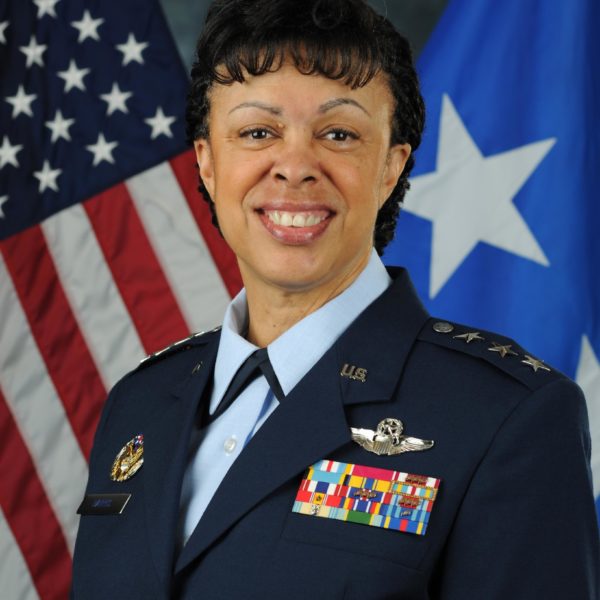 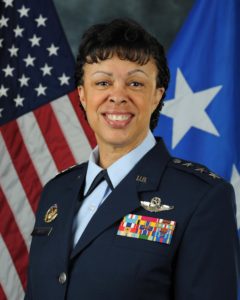 Stayce D. Harris is a retired Air Force Lt. Gen. in Washington, D.C. In 1982 she received her commission after earning her bachelor’s from University of Southern California. Harris was appointed to Squadron Section Commander at Hill Air Force Base in Utah, then underwent pilot training in Arizona and Oklahoma. From 1985-1995, Harris held multiple Air Operations billets and served as a Squadron Executive Officer and Chief of Training at Norton AFB and March AFB. Once General Harris was transferred to the Air Force Reserve, she spent several years in Washington, D.C. in Planning and Operations before she rotated back to California to be a Squadron Commander. Finally, she served as Mobilization Assistant to the Commander.

Lt. Gen. Harris has logged more than 2,500 hours in military aircraft, and has flown multiple platforms. While active-duty, she earned her Master’s degree from Embry-Riddle Aeronautical University, and in 2012 was a fellow at MIT. Lt. Gen. Harris has been awarded multiple decorations, including the Legion of Merit, Aerial Achievement Medal, and Combat Readiness Medal. She maintains memberships with many multiple military organizations such as the Air Force Association, American Legion, Tuskegee Airmen Inc, and Women Military Aviators.