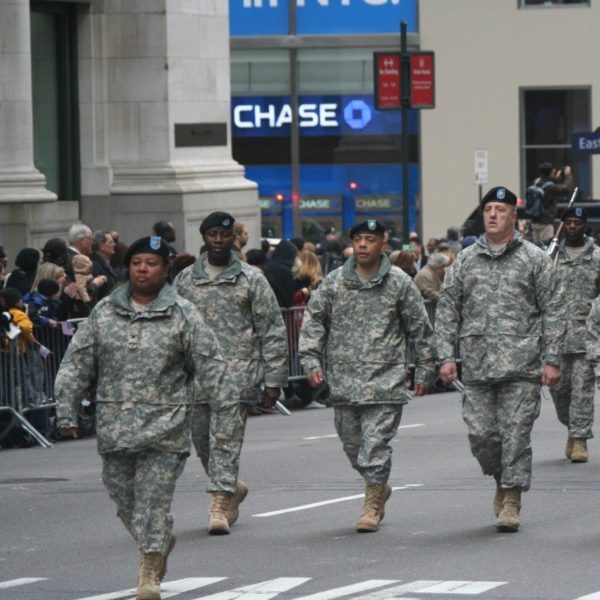 Stephanie Dawson graduated from the Army War College in 2007 with a Master’s in Strategic Studies and attended the Army’s Command and General Staff College, and the Combined Arms and Services School.

In addition to her involvement with the New York National Guard, Dawson is a certified Project Management Professional (PMP) and works as Assistant Director of Operations for the Chief Operating Officer of the Port Authority of New York & New Jersey. Dawson has won numerous awards for her service in Iraq, including the Bronze Star and the National Defense Service Medal. Other awards include the Iraq Campaign Medal and the Global War on Terrorism Medal. On November 16, 2008, Col. Stephanie Dawson was named commander of the 369th Sustainment Brigade, also known as the Harlem Hellfighters, a National Guard unit renowned for its remarkable service and daring conduct during World War I.

Prior to that she served as commander of the 27th Rear Operations Center and deployed that unit to Iraq in 2003/2004. Dawson also served as a platoon leader and company commander during her military career. As Executive Officer for the 369th Corps Support Battalion during the unit’s 9-11 activation, she helped spearhead battalion relief, security, supply, transportation, and other logistics support missions for initial Ground Zero operations.

Dawson’s life membership with the 369th Historical Society complements her appointment as commander of the 369th Sustainment Brigade. The Brigade, also known as the Harlem Hellfighters, is a unit of the Army National Guard. The Hellfighters trace their origins to the 15th Infantry Regiment of the New York National Guard, created in 1916 as an all African-American unit. In May 1918, the brigade was stationed to fight in French trenches against German troops.

The Harlem Hellfighters endured 191 days of combat during World War I, which was more than any other American unit experienced in the war, according to a historical report by the National Archives and Records Administration. At war’s end, the unit received a Croix de Guerre from the French army for its efforts, and 171 officers and men received individual awards.

Stephanie serves on the Veterans Advisory Board at Rutgers University, is a member of Alpha Kappa Alpha Sorority, and is on the Board of the Pearls & Ivy Foundation of Queens. Previously she was a member of the NYC Veteran’s Advisory Board, Women in Transportation International (WTS), and is a Past President of the NYC Chapter of the Project Management Institute.

Stephanie is currently launching her own company, Dawson Consulting Associates.