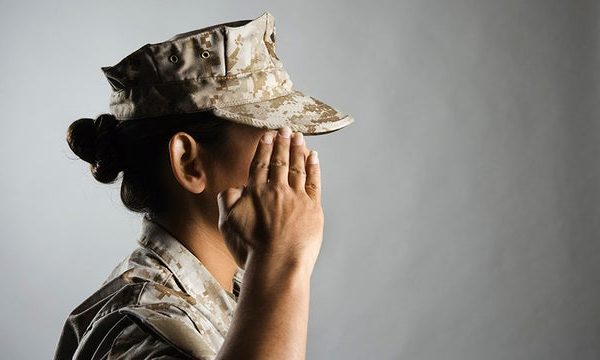 Lawmakers on Wednesday looked at ways to provide help for women veterans, particularly those who are homeless, at a hearing of the House Veterans Affairs Subcommittee on Economic Opportunity.

The panel heard from former service members and those from advocacy groups working to provide housing and jobs to women veterans.

“Women veterans will make up 10 percent of our nation by 2020 and 15 percent by 2025,” said Subcommittee Chairman Mike Levin (D-Calif.) highlighting the importance of the issue.

A 2017 report from the Department of Housing and Urban Development estimated that there were 40,000 homeless veterans in January of that year, with about 9 percent of them women.

Among those testifying was Jas Boothe, a veteran and founder of Final Salute, Inc., which aims to provide homeless women veterans with housing.

Boothe addressed the scope of the problem and urged Congress to provide more resources.

“Women are afraid to come forward if they’re homeless because their children will be stripped away from them. We need to create safe spaces and resources,” she said.

Witnesses testified that the actual number of homeless veterans could be far higher than statistics suggest. Often the homeless “couch surf” from location to location, relying on friends for short-term temporary rooming, especially in the winter.

In addition to housing, women veterans also face unique challenges finding jobs after leaving the military, according to advocates.

“Women veterans take three months longer than their male counterparts to find employment. Access and navigation to community-based services is a real concern for female veterans,” said  Maureen Casey, chief operating officer at the Institute for Veterans and Military Families at Syracuse University.

“Women veterans are cat-called in VA stations across the country, which causes some women to walk right out without seeking care,” Boothe told lawmakers.

She also said that at some facilities women find it hard to get “mammograms or reproductive services.”

Providing financial literacy for women veterans was stressed at the hearing.

Ms. Jodie Grenier, CEO of the Foundation for Women Warriors, a non-profit that services women veterans, said lawmakers needed to accept that male veterans had historically been “prioritized” over women veterans.

“If we are to continue to move the needle forward with women’s equity in this country, we must first solve the issues impacting the women who so valiantly volunteered to serve the same country that has historically treated them as less than,” she told the committee.

Link to Original Article on The Hill: https://thehill.com/policy/defense/452504-advocates-urge-help-for-homeless-women-veterans