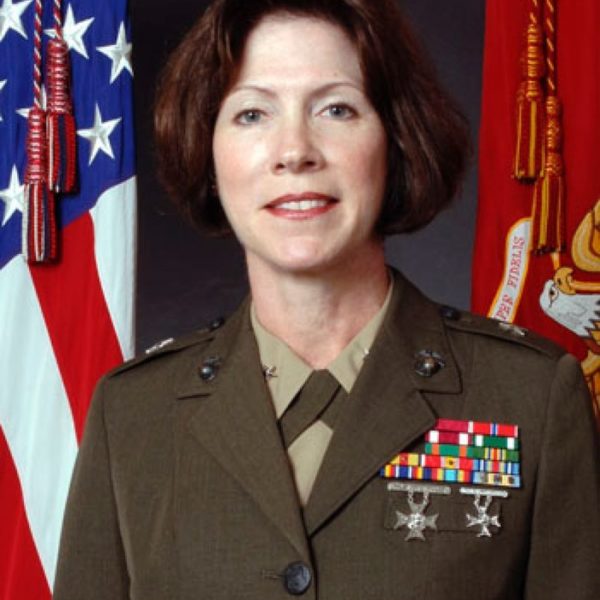 Tracy L. Garrett entered the Naval Reserve Officers Training Corps and in 1978 graduated from the University of Washington with a degree in English. Following graduation, she was commissioned as a Second Lieutenant in the United States Marine Corps. Her father had been in the Marine Corps. He was a combat veteran of Vietnam and Korea. They moved around during her childhood because of her father’s military career, but once he retired they settled in Kent, Washington.

In 1978, Garrett graduated with a Masters degree in National Security and Strategic Studies at the Naval War College in Rhode Island.

She held a variety of command roles and served in the Iraq War between September 2004 and March 2005 as Chief of Staff of the 1st Force Service Support Group. In 2007, she was promoted to Brigadier General and again in 2010 to Major General. She has served as Commander of the U.S. Marine Corps Forces, Europe and Africa, and was the first female Inspector General of the Marine Corps.

Since 2010, she has been a Director of the USAA. On May 8, 2014, she retired from the Marine Corps after 36 years of service. She served from 1978 to 2014. Her posting immediately prior to retirement was as Special Adviser to the Commander of the U.S. Africa Command located in Stuttgart, Germany. She would commute on a monthly basis from her home in Seattle.