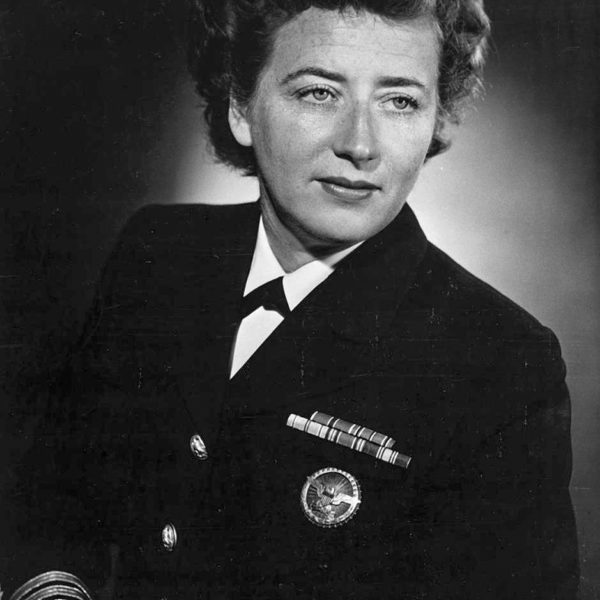 Winifred Quick Collins was born Winifred Mary Redden, in Great Falls, Montana, United States on November 26, 2011. She was the third child of four of Daniel A. Redden and Mary Winifred Redden (maiden name Farrell) who eventually divorced. After her mother left the family, Winifred bounced around her relatives for a couple of years. After attending High School in four different states, Collins graduated in 1929 while living in Seattle with one of her brothers.

In 1930 she received a scholarship from the Brunswig Drug Corporation to attend the University of Southern California and graduated with a Major in business in 1935. That year, Collins got a job as the Personnel Manager of Brunswig Drug Corporation, where she recommended a number of changes to the President of the company. She suggested that the employees should be paid according to their performance and job type, regardless of gender. Because of the subsequent improvement in productivity Collins was financed, in 1937, to attend the Harvard-Radcliffe Training Course in Personnel Administration. In 1938, she was one of five who graduated from the first course.

Dr. Ada Comstock, the President of Radcliffe College when Collins was educated there, sat on a committee that was looking into the idea of recruiting women into the US Navy. She contacted Collins in June 1942 with a suggestion that she might apply for a commission. On August 4, 1942, Collins graduated from the first female commissioning class held at Smith College, Northampton, Massachusetts and was commissioned with the rank of Ensign on August 28, 1942.

After the month-long training at Smith College, the Commanding Officer of the Naval Officer School, Captain Underwood, requested that she should stay on as the Personnel Director. Two months later, she was promoted to Lieutenant (junior grade). In the summer of 1943, she was sent to the Bureau of Naval Personnel in Washington DC. She was one of twelve Naval officers tasked with the evaluation of the jobs the WAVES could do within the Navy as a whole, and the skills they would require.

In late 1944, the now Lieutenant Collins was the first female non-medical officer to serve outside the Continental United States when she was sent to Hawaii as the District Personnel Officer. She organized accommodation for 5,000 WAVES who were going to be posted there in January 1945. At the end of World War II, Collins was tasked with the demobilization of the WAVES and their reintroduction into civilian life. For this, she was promoted to Lieutenant Commander, and was awarded the Bronze Star Medal.

In 1946, Collins returned to Washington DC and helped plan the eventual inclusion of females into the Navy; this led to the 1948 Women’s Armed Forces Integration Act. On October 15, 1948, the first female Commissioned Officers of the United States Navy were sworn in; Collins was one of them. In 1951, she was then sent to Stanford University by the Navy and graduated in 1952 with a Master of Education. She then became the Assistant Director of Naval Personnel for the 12th Naval District; the area of the US comprising Nevada, Utah, and Northern California. In 1953 she was promoted to Commander; one of only two female Commanders in the entire US Navy. Between 1953 and 1956, Collins was Personnel Director of the 12th Naval District, and commanded 350 Navy personnel. This was the highest post ever held by a female Officer in the Navy.

Her next post was to London, United Kingdom as Senior Assistant to the Commander in Chief of Naval Forces (Eastern Atlantic and Mediterranean). Returning to the United States in the summer of 1957, she was appointed Chief of Naval Personnel for Women and promoted to the rank of Captain. She was the only female Captain, making her the most senior woman in the Navy, until she retired from service on August 31, 1962.

Collins died at the Hospice of Northern Virginia on May 5, 1999 after suffering from spinal cancer. She was buried on May 25, 1999, in section 3 of the Arlington National Cemetery.